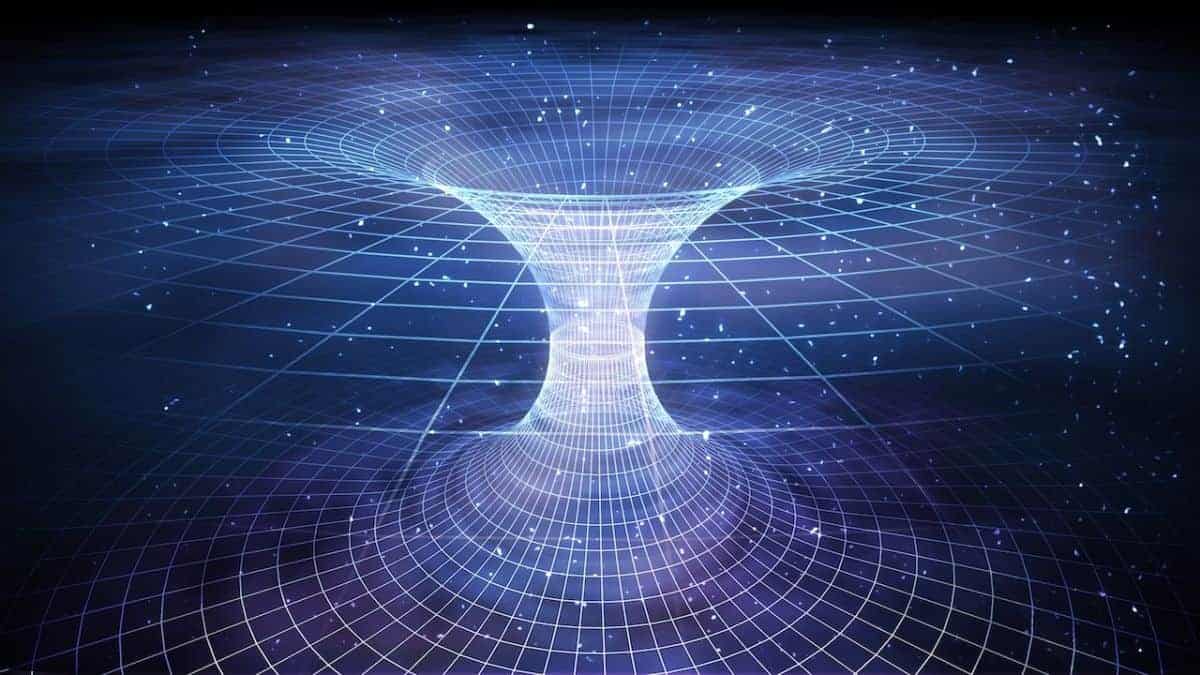 Torsion Fields: the theory that could solve many riddles 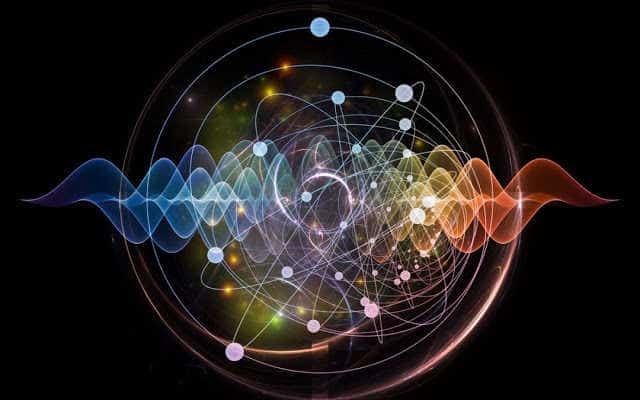 Torsion fields are rarely mentioned in Western Science and theories surrounding them are often categorized as “pseudoscience” despite being very promising. It has however been taken very seriously in Russia as we will see in this article.

The existence of torsion fields could have the potential to revisit the second law of thermodynamics, to provide us with a solution to the quantum field theory of gravity, to better understand subtle energy, to further learn about the role of biophotons present in our DNA and to even find a new property of Time.

What are torsion fields?

Every elementary particle, such as electrons and protons, have spin. This spin generates an important form of radiation called “Torsion Field” which can be either right or left, depending on the orientation spin. Torsion fields would propagate through the space-time metric as a twisting wave and could also be considered an alternative to dark energy.

It is believed that this field could be the missing element in understanding the aura and subtle energy.

Subtle energy: energy that can be “felt” but not detected by physical instruments or current technology.

For a long time, torsion fields were treated as a mere theoretical subject until the early 70s. This was due to the fact that they had failed to become a universal factor such as electrodynamics and gravitation because their spin-torsion interaction was almost 30 orders of magnitude weaker than gravitation interactions, making them too weak to contribute to the observed phenomena.

It was however found that this only applied to static torsion fields generated by spinning sources without radiation following the works of F. Hehl, T. Kibble, D. Sciama. Dynamic torsion fields are different.

What problems would it solve?

The four conventionally accepted fundamental forces of nature are the gravitational, electromagnetic, strong, and weak nuclear forces. The gravitational force, based on Einstein’s general theory of relativity, is part of classical mechanics. The other three belong to quantum mechanics, as their interactions are each carried by an elementary particle.

One of the greatest unsolved issues in modern physics is to find a quantum field theory of gravity in order to unify gravity with the three other fundamental forces of Nature.

Gauge theories refers to a quite general class of quantum field theories used for the description of elementary particles and their interactions. (Definition by scholarpedia.org)

In the infamous general theory of relativity, Einstein demonstrated the existence of a close interconnection between gravitational forces and the curvature of space-time. Gravity is not a force but is space-time geometry. Following this, French mathematician Élie Cartan demonstrated that a connection may exist between some physical values and another geometric abstraction which he called “torsion”.

A better understanding of torsion fields could aid in finding a solution for a quantum field theory of gravity.

In order to understand what other issues torsion fields could solve, we first need to discover who Nikolai Kozyrev was.

Who was Nikolai Kozyrev?

Nikolai Kozyrev was a reputable Russian astrophysicist mostly known for his observational work on astronomical objects such as the Moon. Kozyrev published his first scientific paper at age 17 and left other scientists astonished by the depth of his reasoning. He obtained a degree in physics and mathematics from the University of Leningrad at age 20 and rapidly became a respected astrophysicist.

Torsion and the flow of Time

“Time is the most important and most enigmatic property of nature. Time is not propagated like light waves; it appears immediately everywhere.” – Nikolai Kozyrev

In the 1940/50s, Kozyrev noticed something strange in the evolution of binary stars.  In a 1970 interview with Ostrander and Schroeder, Kozyrev said:

“There are pairs of stars we call double stars. At first, the two stars are the same, but gradually, over a period of time, the secondary star comes to resemble the primary star. It develops the same brightness, develops the same radius, becomes the same spectral type. At such enormous distances, this mirroring couldn’t be happening through force fields. It would seem the principal star is affecting the satellite star through the energy of time. It’s almost as if the stars communed by telepathy”.

Using spinning gyroscopes, Nikolai Kozyrev conducted a series of experiments in order to prove his theory. Although the effect he discovered was not large, it could not be explained by any existing theory.

Kozyrev explained the observed effect as being the manifestation of some “physical properties of time” which he named “the density of Time”. He concluded that the flow of Time could be affected by other physical processes due to a twisting effect in space he called torsion. This observation later led to a new theory regarding the Second Law of Thermodynamics.

The experiment was subsequently re-conducted and confirmed by a member of the Belarus Academy of Sciences, professor Veinik.

According to Veinik, every substance in the Universe possesses its own “chronal charge” defined by the quantity of “chronal” particles named “chronons” (a chronon is a hypothetical quantum of time).

In the late 80’s and early 90’s, astronomical observations using Kozyrev-type detectors were successfully conducted by a group of academicians supported by the Russian Academy of Sciences under the direction of Russian mathematician M.M. Lavrentiev. Lavrentiev could not provide a theoretical interpretation for the observed results.

Originally discovered by Ludwig Boltzmann, the Second Law of Thermodynamics states that any closed system inevitably goes towards a state of entropy. From order to disorder. Hence it is believed by many that the Universe will at some point be nothing but disorder, as the Universe is considered to be a closed system.

Many physical systems in Nature go towards entropy and are therefore said to be “irreversible”. For example, when a fire burns or a liquid evaporates, its energy and particles become spread over a larger volume. You cannot easily re-build a fire from its ashes. At least not with our current technology and understanding of energy and matter.

Some have proposed that it is the increase of entropy which determines the passage of time. Kozyrev was deeply troubled by this theory, as it assumes that the Universe will eventually end up being nothing but disorder, without life and structure. As an experimental astrophysicist, he observed the following:

“In the Universe, however, there are no signs of the degradation which is described in the Second Law of Thermodynamics. Stars die and are born again. The Universe sparkles with inexhaustible variety. In it one finds no traces of an upcoming thermal and radioactive death. Apparently here is where the basic contradiction lies – a deep contradiction which may not be explained away through a reference to non applicability of the Second Law to the infinity of the Universe. The fact is that not only separate stellar bodies, but whole systems are isolated from each other to a degree that they may be regarded as closed systems, for all practical purposes (usually the Second law is applied only to closed systems.) For them the thermal death could visibly draw nearer before any aid could come from outside. Such systems, in a state of degredation, should prevail in the universe, and yet they are almost non-existent.” (Kozyrev, 1958)

From observations such as this, Kozyrev came up with his theory of “torsion” and “time density,” which assumes that when entropy increases in one place, it must decrease elsewhere. In other words, the Universe would maintain its overall entropy by whenever an irreversible process occurs, which leads to a local change of entropy, that this change causes a local change in the density of time, and this change is radiated away in a twisting wave carrying “torsion” which will be absorbed at some other location. This proposes a scenario where the Universe naturally regulates and “balances” itself in order to avoid entropy.

Perhaps, the current Second Law of Thermodynamics (by Boltzmann) isn’t wrong but only applies to a specific type of environment, in this case, a closed system. It may apply differently on a Universal scale. If this turns out to be the case, this means that the Universe is in fact an open system.

Kozyrev believed that all lifeforms must be gaining energy off of an unseen spiraling source of energy on top of their normal ways of gaining energy.

It was found that every cell in every living being emits more than 100,000 light impulses per second. These light emissions are also called biophotons and are always emitted before any biochemical reaction takes place. Without the biophoton signal, there can be no chemical reaction. Biophotons carry information about the state of the body and send this information in small packages from one point to another.

Biophotons have been observed and measured using specialized equipment since the 1970s, starting with the pioneering studies of biophysicist Fritz-Albert Popp. Since that time over 30 peer-reviewed academic research papers on biophotons have been published in publicly indexed scientific journals. 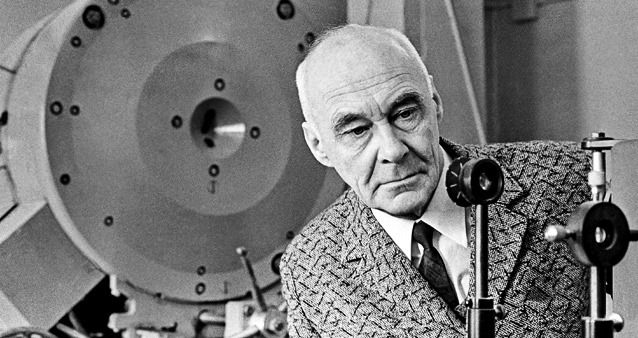